As part of a multi-national company of Asia Pulp & Paper (APP) Sinar Mas, PT. Indah Kiat Pulp & Paper was established in 1976 which located in Tangerang - Banten, Indonesia. We have been producing woodfree paper for more than 30 years.  Indah Kiat Tangerang is one of the world’s largest coloured paper grades producers and a global exporter. The mill promotes economic empowerment to improve the livelihoods of locals through initiatives such as training and mentoring in aquaculture techniques, with items being sold to local cooperatives, restaurants, and mill employees.

To become the 21st century's number one Pulp & Paper company with the highest international standards in the world, and with the stongest commitment to providing superior value to customers, shareholders, employees and community.

Eka Tjipta Widjaya established IKPP on December 7th 1976 in Tangerang. At the beginning, in 1977, this company only had two paper machines that had production capacity of 100 tons/day for each machine. On April 1979, IKPP began to produce commercial products. By June 1982, IKPP added one more paper machine to increase the production capacity to 150 tons/day. On March 1984, this company succeeded in producing commercial products; and later on April 1988 there has been several modification and reparation on its paper machines. These efforts increased the paper production until 250 tons/day.

On January 1986, Sinar Mas Group bought 67% of IKPP's shares, while Chung Hwa Pulp International Corporation and Yuen Foung Yue Global Investment Corporation held 23% and 10% each. On June 1990, IKPP began to go public by entering the share market in Jakarta Stock Exchange (JSE) and Surabaya with US$ 326 million that represented 13% of the total shares.

IKPP Tangerang has three Foudrinier paper machines with trimming width of 2.75 m and total production capacity of 135.000 tons/year. This factory produced color paper and board, photocopy paper, stationery products, etc. These all type of paper is fabricated from LBKP (short fiber pulp) and NBKP (long fiber pulp). IKPP Tangerang implements Chain of Custody of Forest Based Products (PEFC) that make the raw pulp material can be tracked until the forest it was taken from.

There are several structural steps of paper making process. It starts from the preparation process of raw material in stock preparation. In this section, the raw material required for production are carefully managed and prepared. IKPP Tangerang has 3 paper machines to produce color paper with the capacity of 100,000 ton paper / year. By using high technology cutting machines, IKPP Tangerang cut the jumbo roll into the sheet and roll. By using the new machines and latest high technology, IKPP Tangerang convert its products into high value added product.

In any production process, company concern about quality. As a form of appreciation, IKPP Tangerang successfully obtain ISO certification 9001 (Quality Management System). Besides quality, company care about the health and safety of its employees. IKPP Tangerang successfully obtain ISO certification ISO 45001, SMK3  and awarded P2- HIV AIDS Category Platinum and Zero Accident Award form Ministry of Manpower of the  Republic of Indonesia, and the best P2K3 from Banten province. 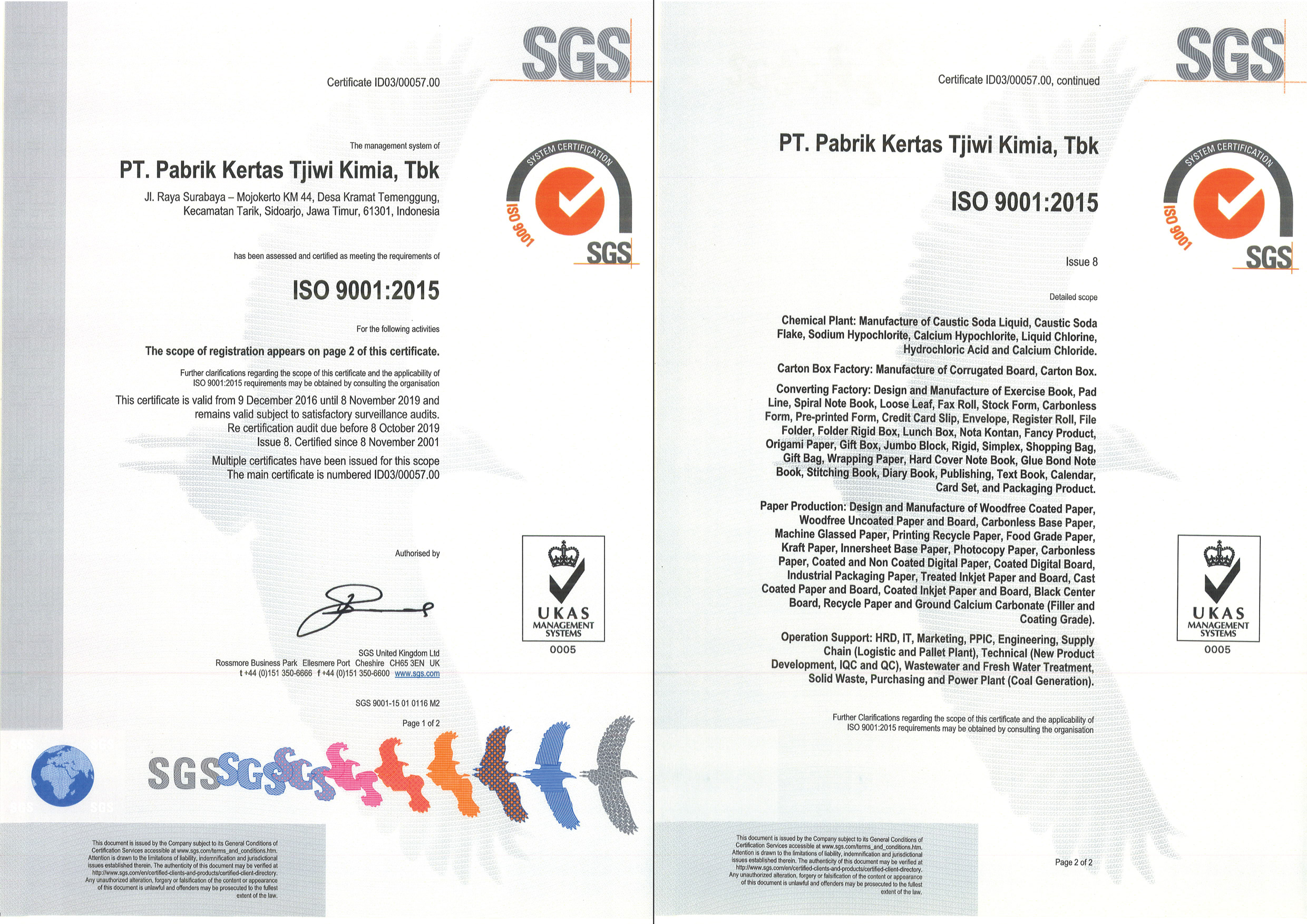 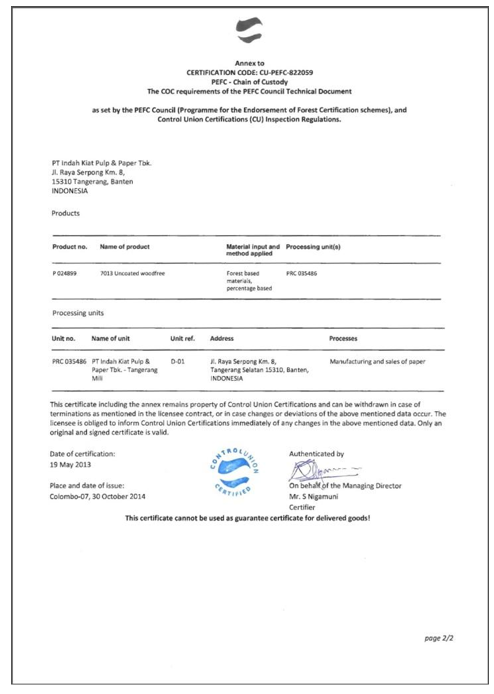