Indah Kiat Perawang Mill, part of the Asia Pulp and Paper Group, held a strapping waste management business program as an effort to empower women. This activity has succeeded in creating job opportunities for people in need, especially for women to take advantage of their free time. The United Nations Development Program (UNDP) said that job creation opportunities for those in need are included in the concept of market inclusion which is continuously being developed to help improve welfare. For the success of this strapping craftsman, PT Indah Kiat Perawang Mill received the Indonesia Green Award in 2014.

Strapping straps are plastic straps that bind pallets, where the pallets are used by PT Indah Kiat Perawang Mill to package manufactured materials such as paper and pulp. The idea of ​​using strapping straps that can no longer be used by the company for weaving crafts was started by Muhammad Nur, a former employee of PT Indah Kiat Perawang Mill. It turned out that the webbing was quite good and strong. Mr. Nur then proposed to the company through the community development program team as part of its Corporate Social Responsibility (CD-CSR) to utilize unused strapping straps.

PT Indah Kiat not only provides an opportunity to use these strapping straps but also provides an understanding for members of the Tunas Harapan group to help each other in the family. Every month, hundreds of handicrafts are sold and the sales are getting wider. Requests do not only come from cities in Riau Province, but also from West Sumatra. The volume of the straps used is also increased. Until the end of 2018, a total of two tons of strapping ropes were used every month as the raw material for webbing. This rope was purchased entirely from PT Indah Kiat Perawang Mill. This synergy is one of the community development concepts adopted by PT Indah Kiat by showing the measurability between the company's increasing business and the level of community welfare as partners who grow together.

The proceeds from the sale of the strapping straps purchased by the craftsman group were returned by Indah Kiat Perawang to the Tunas Harapan Craftsmen Group. This return is in the form of assistance for the construction of supporting facilities, including boreholes, pumps, and washing ponds. In addition, the company also buys handicrafts as souvenirs and facilitates the participation of craftsmen in various exhibitions. 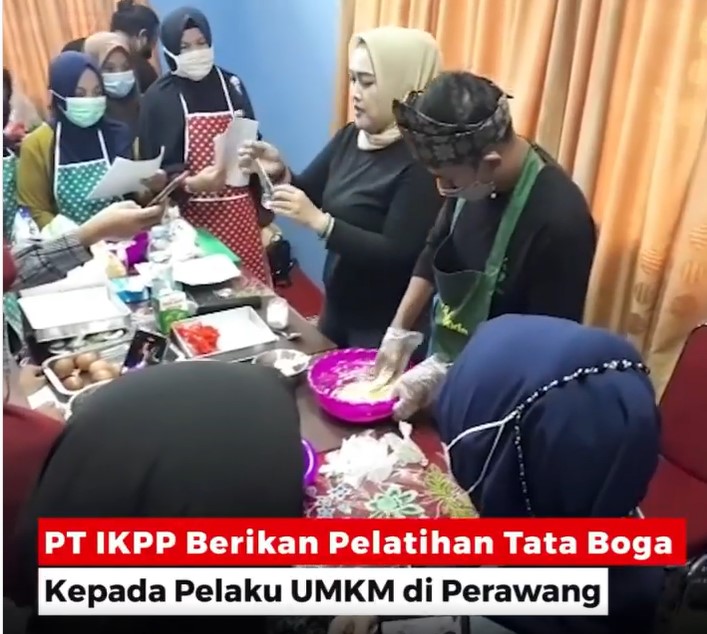 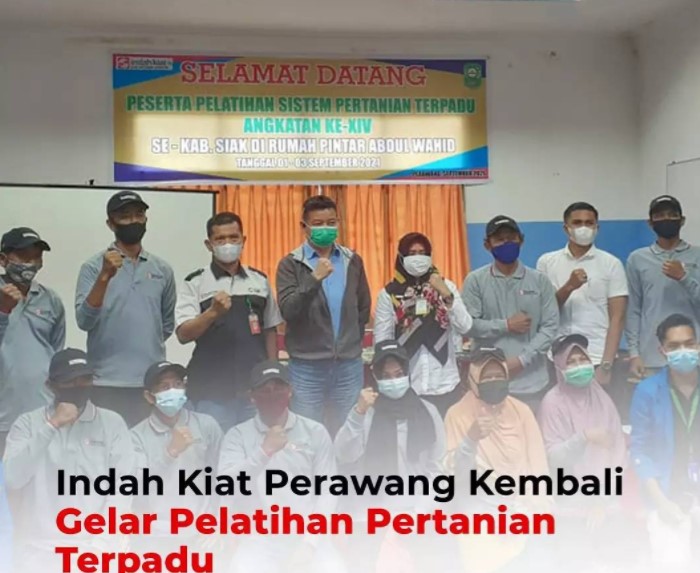